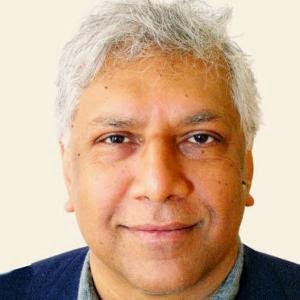 1) India-born poet Vijay Seshadri wins 2014 Pulitzer Prize: India-born poet Vijay Seshadri has won the prestigious 2014 Pulitzer Prize in the poetry category for his collection of poems "3 Sections." The 98th annual Pulitzer Prizes in Journalism, Letters, Drama and Music were announced on Monday by Columbia University, New York. Seshadri's '3 Sections' is a "compelling collection of poems that examine human consciousness, from birth to dementia, in a voice that is by turns witty and grave, compassionate and remorseless," the announcement said.
>> Seshadri is the fifth person of Indian origin to bag the prestigious award, the first being Gobind Behari Lal in 1937.
>> The Pulitzer Prize  is an award for achievements in newspaper and online journalism, literature, and musical composition in the United States. It was established in 1917 by provisions in the will of American (Hungarian-born) publisher Joseph Pulitzer, and is administered by Columbia University in New York City.  Prizes are awarded yearly in twenty-one categories. In twenty of the categories, each winner receives a certificate and a US$10,000 cash award.

3) SC recognised transgenders as third gender: Ridiculed for their different sexual identity and orientation, transgenders were on Tuesday granted the status of third gender by the Supreme Court in a landmark ruling that will entitle them to benefits of the Centre and state government welfare schemes. Upholding their right to decide their self-identified gender, a bench of justice KS Radhakrishnan and justice AK Sikri directed the Centre and the state governments to treat them as socially and educationally backward classes of citizens and provide them reservation in admissions in educational institutions and government jobs.

4) Portal to help Railways Save Energy launched: Indian Railways has launched a portal to facilitate energy saving up to 15 per cent by the year 2020 through improved energy efficiency measures and to help the Railways in evolving future strategies for further intensifying energy conservation efforts. The web-based electrical energy management system, RAILSAVER, developed by the Centre of Railway Informatics System (CRIS), an autonomous organisation under the Ministry of Railways, is part of the project for ‘Improving Energy Efficiency in Indian Railway System’ being executed by the Indian Railways under the programmatic framework of UNDP through Global Environmental Facility funding of US $5.2 million.

5) Google to buy drone-maker Titan Aerospace: Google Inc has acquired solar-powered drone maker Titan Aerospace as the Web search giant ramps up plans to deliver wireless Internet access to remote parts of the world.
Titan Chief Executive Vern Raburn declined to provide information on the price of the deal, which he said closed on Monday morning. The 20-person company will remain in New Mexico for the foreseeable future, Raburn said, with all employees joining Google.

7) State Bank launched digital banking facilities: State Bank of India on Tuesday launched three digital banking facilities at the customer’s door step using TAB banking; one for customers opening Savings Bank accounts and another for Housing Loan applicants. The third is e-KYC (Know your Customer). The sales staff of SBI will visit the customers at their door step and using the tablets get the formalities completed for account opening like details of KYC and photographs of applicant. In the case of home loan applicants, he/she will be advised on the approximate loan amount eligible and the EMI.