First in Science in India 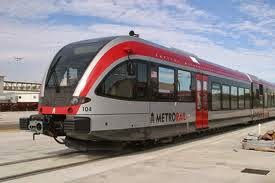 First in Science in India

• The first president of the inaugural session of the Indian Science Congress: Sir Ashutosh Mukherjee in 1914
• Hydroelectric plant: Sidrapong near Darjeeling, commissioned in 1897, followed by the Gaganachukki waterfall of the Sivasamudram Falls, Mysore Kingdom, built in 1902.
• Place to get electricity: Darjeeling in 1897, followed by Calcutta (now Kolkata) in 1898 and Kolar Gold Fields in 1902.


• First Graduate in Medicine: Surjo Kumar Chakraborty
• First Ever Rhinoplasty noted in world/India: Over Ksatji a British soldier by a Kumhar Vaidya.
• First physician in India and second in the world to perform the In vitro fertilization: Subhash Mukhopadhyay.
Share this article :
Posted by Admin at April 23, 2014
Email ThisBlogThis!Share to TwitterShare to Facebook
Labels: General Knowledge, Study Materials