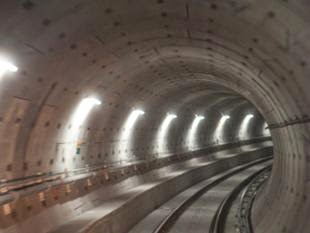 1) World's highest railway tunnel opened in China: The world's highest tunnel for high-speed trains in northwest China became operational on Friday at an altitude of 3,607.4 metres. The 16.3-km-long was completely linked up, operationalising the line linking Gansu Province and Xinjiang provinces. With altitudes of up to 3,607.4 metres, the tunnel passes through the Qilian Mountains with two sections and a bridge. The construction began in 2009. It is designed for trains running at over 200 km per hour and will cut the train travel time between Lanzhou and Urumqi to eight hours from about 20 hours.

3) Waqar Younis Offered Two-Year Contract to Coach Pakistan: Pakistan Cricket Board (PCB) has offered former captain Waqar Younis a two-year contract to coach the national side, according to chairman Najam Sethi. Waqar Younis had coached Pakistan in 2010 and 2011 before resigning for 'personal' reasons during Ijaz Butt's tenure at the helm of the cricket Board.

4) Election Queue Management System introduced in India: The Election Queue Management System, a first of its kind initiative was introduced in India. It was introduced by the District Election Authority in Burdwan district, West Bengal during Lok Sabha election held on 30 April 2014. The Election queue management system helped voters to find out the level of crowd in the polling booths in Burdwan district. This system will help the voter in receiving information about the crowd in the queue by sending an SMS with the Electoral Photo Identity Card (EPIC) number to 9230085005.

5) 32 killed in 36 hours by Bodo militants in Assam, curfew imposed: There seems to be no end to the bloodbath in Assam as seven more bodies have been found in Baksa district, taking the total death toll to 32 in the last 36 hours. This comes after suspected Bodoland militants killed at least 23 people in a span of 24 hours in Kokrajhar and Baksa districts of lower Assam.

7) Deadline ended for non-CTS cheques: The deadline for switching to new format bank cheques under the Cheque Truncation System (CTS) ended on 30 April 2014. The Reserve Bank of India (RBI) started the process of migration to CTS cheques in New Delhi and Chennai from 24 September 2011. Transactions with cheques that have Magnetic Ink Character Recognition (MICR) and not CTS technology will be delayed from 1 May 2014. Now, the non- CTS cheques will be likely to take four days or more from the date of deposit to credit the amount. Banks will now clear non-CTS cheques on Mondays and Fridays only.

8) Air India to join Star Alliance in July:  Air India (AI) is all set to join the world's largest airline grouping company— Star Alliance, this July, making it the first airline company from India to be part of a global chain of carriers. The move, according to AI CMD Rohit Nandan, will bring immense benefits to Indian fliers from day one as they will be able to earn-and-burn miles, get access to lounges across the globe and enjoy seamless connectivity across the globe.

Source : http://www.currentaffairs4examz.com/
Share this article :
Posted by Admin at May 04, 2014
Email ThisBlogThis!Share to TwitterShare to Facebook
Labels: Current Affairs