From birth certificates to death proofs, 1-page form soon for all Government services 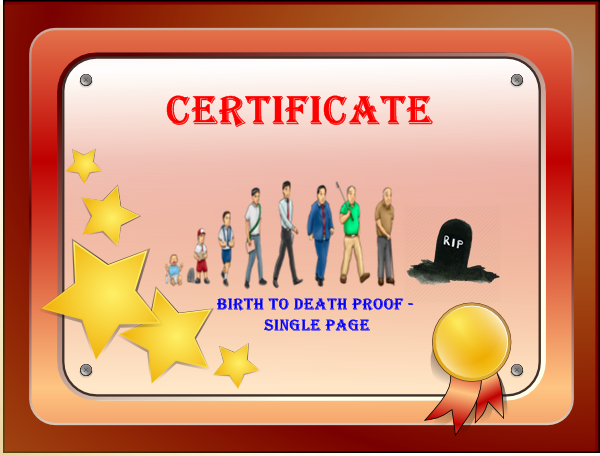 NEW DELHI: Applications for majority of services like birth or death certificates will soon be simplified and converted into one-page form format, the government announced today.


Union Minister Jitendra Singh also unveiled a single-page application form for pensioners on a day being observed as 'good governance day' which coincides with the birthday of former Prime Minister Atal Bihari Vajpayee.

"For different schemes you have voluminous forms. Today, we are releasing one-page application form for pensioners. We plan to convert all multi-page or voluminous forms to single-page within a year," he told reporters during a press conference here.

Singh said the aim behind this initiative is to make the forms as simple and small as possible for the beneficiary. "There should be relevant and minimum information asked for in an application form for government services and not repetitive ones," he said.

Singh, Minister of State for Personnel, Public Grievances and Pensions, said he is coordinating with state governments and Union territories to replicate the same process.

"Every month we will be holding meetings with at least two central government departments and reviewing forms available for different services under them. Efforts will be to simplify the whole procedure and we hope to achieve the target of single-page form for all government services within a year's time," the minister said.

At present, one has to fill lengthy forms for getting birth, death and other certificates.

Secretary in Personnel Ministry Sanjay Kothari said the government plans to integrated Aadhaar number with government services so that people do not have to fill out whole details.

"We will be integrating Aadhaar data base for the services. But this will be possible only when all the people have Aadhaar numbers. It will further benefit people as they will not be required to fill out basic details like their residential address, among other things," he said.

Singh said the government has been taking steps to ensure that the tax payers' money, which is being spent through various schemes for benefit of the deserving segments, reaches them easily in required shape and measure in time.

"There is a need to have a critical look at the current procedures and forms in use in various departments and ministries in the government. There is a need to eliminate layers of decision making for adding speed to the disposal mechanism.

"There is a need to specify one-page forms seeking essential information for upholding the dignity of our citizens," the minister said.

Singh said workshops have already been conducted with the National Social Assistance Programme of the Ministry of Rural Development, Employees Provident Fund Organisation (EPFO), Employees State Insurance Corporation (ESIC) and Directorate General, Labour Welfare of the Ministry of Labour and Employment for simplification of the application forms.

Good Governance Day is observed on December 25, since the last year, coinciding with the birthday of Vajpayee.