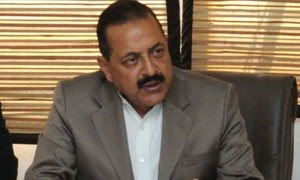 It has asked secretaries of all departments to ensure that charge sheets against such employees are issued within three months time.

It should also be ensured that disciplinary proceedings are initiated as far as practicable in cases where an investigating agency is seized of the matter or criminal proceedings have been launched against such employees, the Department of Personnel and Training (DoPT) said in an order.

Citing a Supreme Court verdict, the DoPT said it has been decided that where a government servant is placed under suspension, “the order of suspension should not extend beyond three months, if within this period the chargesheet is not served to the charged officer”.

As such, it should be ensured that the charge sheet is issued before expiry of 90 days from the date of suspension, it said.

“As the suspension will lapse in case this time line is not adhered to, a close watch needs to be kept at all levels to ensure that charge sheets are issued in time,” the DoPT said in the order to all the secretaries.

The apex court while hearing a case has held that the currency of a suspension order should not extend beyond three months if within this period the Memorandum of Charges or chargesheet is not served on the delinquent officer or employee.

If the Memorandum of Charges or chargesheet is served a reasoned order must be passed for the extension of the suspension, it has said.