My father is my role model, says Shivam 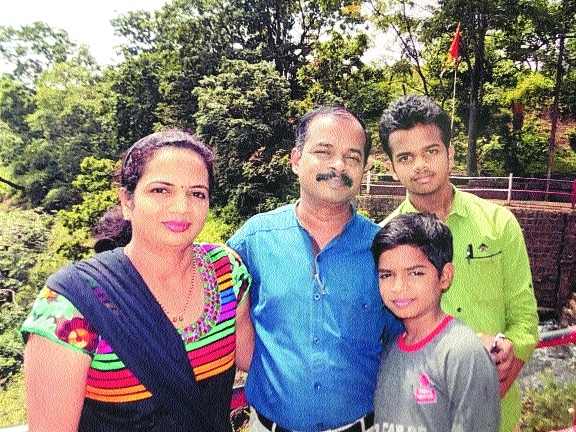 By Iffat A Sheikh,
“Papa Kehtain Hain Bada Naam Karega...’ goes the welcome tune on his mobile phone and truly, he has made a name not just for himself, but his Papa too since he is the Science topper of the city with 97.6% marks in CBSE Class XII result. Meet Shivam Potdar from Kendriya Vidyalaya, Vayusena Nagar, who believes that a regular study routine is a must to achieve success. “I just wanted to be in my school’s prized scroll of honour, but I never expected that I would be the city topper”, exclaims a humble Shivam.
Shivam, a bright student, had scored 94.8% marks in the Class X CBSE exams. “I would study at least five hours a day and I had chalked out a study routine, which I followed from November to March”, says Shivam.  His father, Mahesh Potdar is working in the Postal Department, while his mother, Vaishali Potdar is a homemaker. Being elder among the siblings, he is a guiding force to his younger brother, who is studying in Class VII.
“I aspire to do Electrical Engineering from IIT-Bombay and my dream is to work in the Indian Army Corps of Electrical and Mechanical Engineers and hopefully make my family proud”, states Shivam. He sees Maths as his favourite subject and says that he loves to read motivational books for a dose of inspiration. For him music is a stress buster, which he loves to listen in his leisure time. His subject-wise score includes Computer Science 100, Maths 99, Physics 98, Chemistry 95 and English 96.
“My father is my role model and I would certainly like to follow in his footsteps not just in my professional life, but personal too. My only advice to all aspirants would be do not focus on just one thing, but have an overview on all the academic things in life and success would certainly follow you”, advises Shivam before signing off!
Source : http://thehitavada.com/Encyc/2017/5/30/My-father-is-my-role-model,-says-Shivam.aspx
Share this article :
Posted by Admin at May 31, 2017
Email ThisBlogThis!Share to TwitterShare to Facebook
Labels: Achievements, CBSE