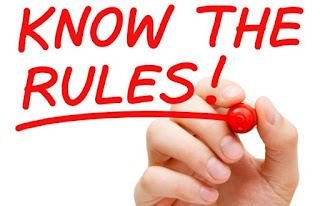 25        (1) If an account is opened in contravention of the P.O.S.B. General Rules, 1981, the account should be closed under the orders of the Head Postmaster. No further transaction should be allowed in it. If any annual interest has been credited in the account, it should be adjusted at the time of closure of the account through the register of rectification of interest and a remark of adjustment made in the ledger folio. A written notice in the following form should be sent to the depositor indicating the irregular opening with a request to close the account within 30 days of issue of notice and take the withdrawal payment personally or through an agent. If the depositor does not comply with the request within 30 days, the account may be closed and the amount remitted by crossed cheque after deducting the interest if any already paid.

(2)       At the Head Office: - If an account had been opened at the head office, action for its closure will be taken in the usual manner when the pass book is presented by the depositor. Since no interest will be admissible, care should be taken to see that annual interest, if any, allowed on the account prior to the issue of the notice is adjusted from the balance at credit while making the payment.
Note: When the fact of opening the account in contravention of Rules come to the notice, supervisor has to take steps to freeze the account immediately so that no further transactions can be done in such accounts.

(3)          At the Sub Office including its Branch Offices: - In case the account had been opened at sub/branch office, sub postmaster will send a notice to the depositor The notice should contain instructions to the effect that no further transaction should be allowed in the account. The balance in the account as in the  sub office record as also the amount of annual interest credited to the account, if any, that has to be adjusted at the time of closure of the account should be intimated. When the pass book is presented at the sub office and the balance in the pass book tallies with finacle, the sub postmaster should take action to close the account without further reference to the head office and return his copy of the notice along with the warrant of payment.
Note: When the fact of opening the account in contravention of Rules come to the notice, sub postmaster has to refer the case to head office along with prescribed documents to freeze the account immediately so that no further transactions can be done in such accounts