No proposal to change the retirement age of central Government employees- Minster replied in Lok sabha.

New Delhi: There is no proposal to change the age of retirement of central government employees, Minister of State for Personnel Jitendra Singh said on Wednesday. 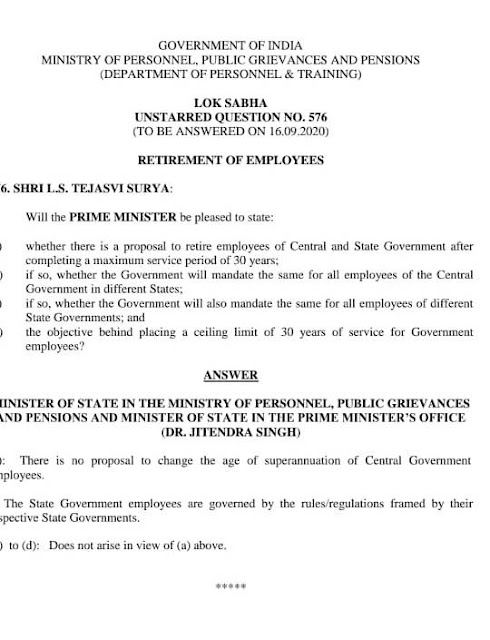 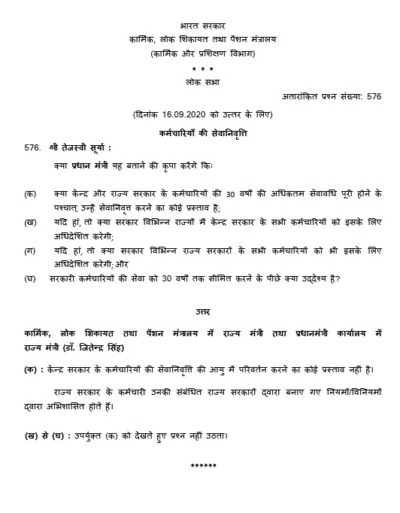